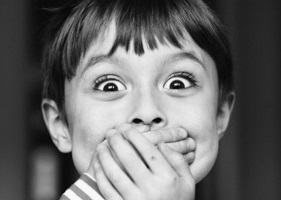 According to my mother, when I was a toddler my dad said nothing made him happier than when I paid attention to him.

What did he mean by that?  Was I too busy playing tea party to notice him, so when I was attentive it was extra special? Or did I shower him with love and kisses, leaping into his arms the moment he stepped foot in the house? It’s all speculation. My mother doesn’t even know what he meant.

Dad loved all three of his daughters. When we were young and he would lie on the living room floor to watch a ball game, one of us would shout “junk pile on daddy!” We’d flop on top of him knowing full well that we would be tickled endlessly.

Dad loved our mom, too. He would sweep into the kitchen, gather her in his arms and dance with her cheek to cheek. Mom would smile as he twirled her toward the stove, giving her barely enough time to reach out and stop the potatoes from boiling over.

On the Sundays Mom played the organ for church, Dad was responsible for getting us ready for Sunday school. The dresses in the 1950’s had huge bows on the back. The bows looked like wilted flowers when we tied them, but then Dad would work his magic, straightening and tightening until it looked like a large butterfly had landed on each of our behinds.

Dad came home from work one evening and seeing me first said, “Gaye come here and give me a hug”, which I did. Then with an odd smile, he said, “Hug me again.” So I hugged him again. That’s when I felt something squirming in his jacket. I peeked inside and there was a black and tan dachshund puppy. A surprise for my sisters and me. We named her Trixie.

One day after school when I was about thirteen, Dad was mowing outside my bedroom window. He noticed I’d been crying, came inside and asked what was wrong. “Sometimes I just feel so unwanted,” I lamented. When he took me in his arms, the truth spilled out, “I’m the only girl in school that doesn’t have a boyfriend!”

From then on, even when I was an adult with children of my own, Dad would introduce me with these words: “This is Gaye, my middle child, the unwanted one.”

The following Christmas he bought me a book: How to Catch a Teenaged Boy and What to Do with Him When You Get Him. It didn’t work, but I loved him all the more for trying to help.

For the most part, Dad was very easy going. For example, when I was seventeen Mom and Dad had both worked all day and it was just the three of us for dinner. Mom was a great cook, but that night she heated up a leftover piece of pork roast, no bigger than my fist, in the oven.

When she put that dry, withered piece of meat on the table, Dad verbalized what I was thinking. “This is dinner?”

Mom picked up that plate of meat and without uttering a word, opened the back door and tossed it into the yard. And what did my father say? Nothing! He just mowed around it all summer. By Fall the plate was surrounded by a two-foot wall of grass.

Late one afternoon, when Dad was 65 he suddenly doubled over in pain with a horrible stomach ache. Trying to find a cause for his distress Mom asked, “What did you eat when you got home from work.”

His pain was more than indigestion. He had an Abdominal Aortic Aneurysm.  No matter how many times the doctor repaired the aorta during surgery, it would burst open in another spot. Dad was moved to the ICU where my mother and friends from their spiritual community gathered around his bed, singing praise songs as he made his transition.

It rained for two days after his physical death and it was still storming the evening of the memorial service. When our family returned to my parents home after the Celebration of Life, the electricity went out, plunging us into darkness. The men stumbled to the fireplace to stack logs for a fire and discovered a surprise from Dad. He had already prepared the logs for the next time they were needed. All they had to do was strike the match.

A week later Mom called to thank the people who had been with her at the hospital. When she thanked the couple who had been at the foot of Dad’s bed, they replied, “We weren’t there. We were out of town.”

Assuming she was mistaken, Mom asked the others, “who was at the end of the bed?” They all believed it was the couple who hadn’t been there.

So who was it? I believe they were spirits in ‘familiar face disguises’ who knew Mom would eventually discover their presence when she said her thank you’s. SURPRISE!

I feel Dad’s spirit with me all the time, especially in the evening when I’m sitting in bed playing a 1995 Milton Bradley electronic hand-held Yahtzee game before I turn off the light. I don’t play the game every night and I don’t feel Dad there each and every time, but when I do, I don’t question it.

Another surprise came five years ago. Ron and I like a variety of spiritual venues, so one day we went to a Spiritualist church. The medium on the platform was giving messages to random people in the congregation. When she came to me, I recorded it on my phone.

“He wants you to know that he’s still around. There are times you feel his presence and there are times he just strokes you on your cheek. Know that it’s him when you feel that.”

“And he likes late night hours,” she chuckled. “So if you hear someone rambling around in the middle of the night you can bet it’s him. Just know that your dad is with you.”