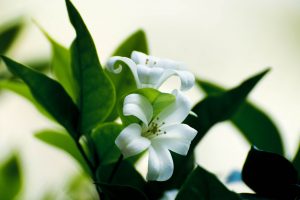 Photo by Nalaka Thalagala on Unsplash

The two women stood in the church foyer nose to nose, arguing over the color of foil surrounding the Easter lily pots.

It didn’t matter to them that it was Easter Sunday, that the church was packed to overflowing or that every member had turned to watch the commotion behind them.

“You told me the foil should be purple,” exploded the soprano when she noticed that hers was the only Easter lily in the front of the sanctuary NOT nestled in white.

“I told you white,” insisted the alto.

“You told me Purple!”

The last remaining choir members were climbing the stairs from the lower level of the church. They stopped in their tracks when they heard the yelling and spun around to face me where I stood at the bottom of the stairs.

I was not just the choir director, but also the minister’s wife. As usual, I was expected to fix the problem, but I had to get to the foyer first.

By the time the skittish choir finally made it up the steps, the women’s voices were bouncing off the walls, spilling into the sanctuary and out the front door.

“You did this on purpose,” the soprano hissed her face as purple as her Easter lily pot. “You wanted my lily to look out of place.”

“I did no such thing. I was in charge of decorating. Why would I want one purple flowerpot messing up my vision? I told EVERYONE the foil should be white,” the alto sneered.

“You told me purple!”

I knew it wasn’t beyond the white foiled alto to purposely give the wrong information to her adversary. She had used the church as a backdrop for her vendetta against the soprano several times.

With the entire congregation watching, I wormed my way to the front of the stunned choir and with my best, calm minister’s wife voice, said to the group, “It’s time to line up. Let’s not forget that today – is Easter.”

I caught the eye of the organist and with a gesture of cutting my throat, she ended the prelude to begin the processional hymn. One more hour and my Easter commitments would be over. Yeah!

The congregation hesitantly stood, watching the uneasy choir members make their way down the center aisle to take their seats in the choir loft directly behind the pulpit, where my husband stood with raised eyebrows.

We had a normal Easter service until the sermon, when behind his back, in full view of the congregation, the soprano engaged the alto in a scowling confrontation.

From the third-row in the choir loft, I watched the soprano in the first row turn her head and blast the alto, who was in the second row on the opposite side of the choir, with flaming eyeball darts.

When the alto locked eyes with her, the soprano whipped her head back to the front. The alto, in turn, sent red-hot eyeball pitchforks at the back of the soprano’s head until the soprano turned to retaliate, and on and on it went during the twenty-minute sermon.

I wanted to stand up and shout, “Really ladies? Is this junior high?”

While the women played their juvenile game, the rest of the choir, including me, found our attention drawn to the congregation as their eyes shifted back and forth, from soprano to alto and alto to soprano, as if they were doing synchronized eye exercises.

When the sermon ended, I got up to direct the choir just as my husband passed me to sit down. He looked a bit frazzled and frantically muttered, “Did you see the eyes? What’s up with the eyes?”

“Choir catfight,” I whispered. I knew he would understand.

Relieved, he replied, “I’m so tired I thought was seeing things.”

There is Maundy Thursday communion and Good Friday service. Then on Easter morning, before God and the birds wake up, we deliberately shake our children out of their much-needed sleep and get them dressed for a 6 am Easter Sunrise service.

And then there’s still Sunday School, the regular Sunday service and Easter dinner to cook. I’m tired just thinking about it. Last year I fell asleep on my dinner plate with mashed potatoes embedded in my hair and left ear canal.

Mid-afternoon the doorbell rang. It woke me up from yet another table nap. I lifted my head, leaving a nose impression in the potatoes. There were two little finger tracks leading away from where my nostrils would have been. I surmised the littlest child had scooped the taters away so I wouldn’t suffocate. Smart kid. She knows which parent has the key to the cookie jar.

Grabbing the soggy dishcloth I quickly wiped my face, drying it with my tee-shirt as I scurried to answer the door. It was the white foiled alto.

“Someone took my lily!” she bellowed. “I just got back from Easter with family and stopped by the church to get my lily, but it was gone! This was the only one left!” She shoved a white foiled pot into my face.

“My lily had four big blossoms. This one only has three small ones.” She pointed to each bloom, counting out-loud as if I lived on Sesame Street. One. Two. Three.

What was she expecting ME to do? I wasn’t the lily police.

My response was instantaneous as if an outside force had taken over my tongue. “That was bound to happen with all the lily pot foil the same color. That purple one sure stood out though, didn’t it?”

Guilt spread across her face and then quickly turned into embarrassment as the shock of discovery hit her full force. She stood motionless staring at the imperfect lily in her hand, finally understanding that in the sea of white foiled lilies, only the purple one could be returned to its rightful owner.

As I shut the door, the beginning of a smile tipped the corners of my mouth. Her Easter Lily Flowerpot Foil Color Protocol had backfired, and in the end, it was she – who had been foiled.

Author’s note:  A lifetime ago I was a church choir director, married to a minister. There really was a woman in one of our churches who wanted all the flowerpots to have the same color foil and who showed up at our house counting blossoms, upset that she didn’t get her lily. There was no vendetta, foyer fight or eyeball games, just a creative answer to the question “what if?”