Something Sinister Is Afoot (or maybe not) 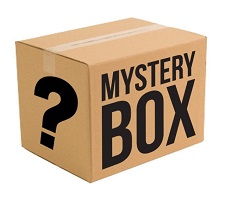 The October air was crisp when I opened the front door, grabbed the Amazon box from the porch and brought it inside.

“Get this!” I said to Ron. “This package is addressed to me at the office, but the address is crossed out. Our home address is scribbled on the box in black ink. Why would I get a package at the office? I retired from the Association three months ago.”

“Did you order something and accidentally ship it there? Ron asked.

“I haven’t ordered anything and I never shipped personal items to the office. That address isn’t linked to our account.

Ron pulled out his pocket knife. “Well let’s get this baby opened. Maybe it’s a belated retirement gift from one of your members.”

I pulled back the box flaps and peered inside. “What the hell?”

The box was void of a packing slip, air pillows or bubble wrap. Instead, lying alone was a commercially sealed, see-through package holding a fake severed foot.

The tag read: SEVERED LIMBS — A FUN gag or a FRIGHTFUL Trick. The foot was attached to an 8 inch pant leg. Photo instructions suggested driving a car tire onto the pant leg as if a person was pinned under the car.

My face curled into horror. “Who would send me a severed limb?”

I thought about that for a moment. “Are you suggesting that if there had been a note in the box it would have said something like Thank you for all you sacrificed the last 18 years. We found your foot?”

Ron chuckled. “You did give your heart and soul to the job. I’m surprised you didn’t leave a couple limbs behind.”

Ron’s comment reminded me of the time I went to the blood bank over my lunch hour.  I have small veins; the nurse couldn’t squeeze more than a dribble from either arm. When I returned to the office with colorful stretchy bandages wrapped around both elbows, I sauntered into the Executive Director’s office. “Look!” I said. “They poked me in both arms, but couldn’t get a drop of blood. Do you know why? Because I gave it all to the office!”

Joking around with staff and members wasn’t new to me, but getting a severed foot delivered to my doorstep was beyond my level of comfort. Maybe it wasn’t a gag gift at all. Maybe I had offended a member. You never know these days what can set a person off.

Or perhaps the package was from the remaining staff telling me they had pitched all the procedures I’d created over the years and were doing things their own way now that I had been “severed from the collective”.  (That’s a Star Trek Borg reference for all you non-Trekkies.)

With only the UPS tracking number for reference, I called Amazon. They promised to do their best to track down the sender of the mysterious, perhaps ominous, package.

In the meantime, I went online to search ‘fake severed limbs’.  If someone really wanted to play a trick on me or send a cryptic message, there were dozens of gruesome fake severed body parts they could have chosen that were a hundred times gorier than the spotlessly clean, manicured foot-on-a-pant leg”.

There were bloody, chewed and ripped off feet, legs, hands and arms, some even had bones poking out. You could even buy fake, bloody, chopped off fingers!

The foot-on-a-pant leg was boring in comparison. I likened it to the pork-chop-on-a-stick at the Illinois State Fair. There’s nothing scary about walking around the fairgrounds holding a pork chop, but eating a raw one recently ripped from a pig, with blood oozing down your arm would definitely get attention. I was a bit disappointed with the sender’s lack of drama.

By now it was obvious to me the delivery had been nothing more than a mislabeled box. No one from my old job or anywhere else was out to get me. If they were, they should have used more flare.

A chill went down my spine. The box had come from a BOARD MEMBER!

My mind quickly scanned every interaction with him. There were no unresolved issues over bylaws or the mission statement. He wasn’t demanding or bossy. I never heard him raise his voice. He was a nice man. In fact, at the February board meeting he said he enjoying my humorous writing and asked if he could send me a book he was sure I would enjoy.

THAT’S IT!  The severed limb was supposed to be delivered to his house, but it was accidentally shipped to the address he had used to send me the book. It all made perfect sense now. I contacted him and made arrangements to get the package to it’s rightful owner before Halloween.

Would you believe me if I told you I then ordered those fake bloody fingers and put them in a package of hot dogs for Ron to stumble upon? Oh come on! I would never do something like that – or would I?

« House of Many Colors | A Thunderball Thanksgiving »