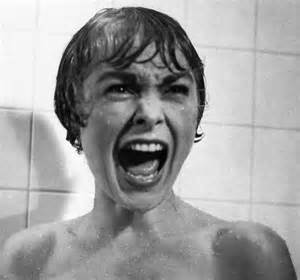 I’ve met a few women whose main ambition in life was to marry a man of the cloth. I was not one of them. My goal was to meet a music major in college, which I did, but right before his graduation and our wedding he decided to become a minister. Nooooo!

If that wasn’t bad enough, I was a Lutheran – he was a Methodist. A Methodist!!!! My first and only experience with “them” had been traumatic!

I had been invited by a high school friend to her Methodist church youth group Halloween party where we played the usual embarrassing party relay games: bobbing for apples; sit on a balloon until it pops; eat a saltine cracker then try to whistle Yankee Doodle.

The party was fun, but I started getting squeamish when we were led downstairs for a mysterious adventure. Although I was concerned, I followed willingly as we wound our way through the basement halls. After all I reasoned, what could happen in a mainline denominational church? Lutherans and Methodist were the same, weren’t they?

We were finally led into a classroom and instructed to sit in a circle on the floor while an adult explained that we were being transported to the scene of a terrible car accident. Then the lights went out. Uh-oh. Lutherans would never put a bunch of teens in a dark room.

“This is a brain,” a voice called through the darkness as my hand was jammed into what felt like a bowl of warm, cooked spaghetti. Logic told me this stuff was from the kitchen of a prominent church member, but the nervous feeling in my stomach urged me to run. I would have too, if I’d thought I could find my way back out of the church basement.

Body parts continued around the circle, but I had become oblivious to them as my head began to swim. Then two round, semi-soft, warm, slimy objects were forced into the palm of my hand. “Eyeballs” I heard someone whisper. As their liquid oozed through my fingers, the Yankee Doodle saltine cracker began creeping up my throat.  I bolted for the door.

In my haste to leave the “scene of the accident”, I left the door to the classroom open, allowing the light from the hall to spill into the blackened room revealing not only the peeled grapes I had dropped on the floor, but the true identity of all the other “body parts” as well.

Repercussions from my close encounter with the Methodists were slowly overcome as I settled into my new role of minister’s wife.  The only quirky result of that horrifying holy Halloween party is that I crave the taste of a lone grape, secretly confiscated, then peeled and eaten as I walk through the fresh food section of my grocery store.