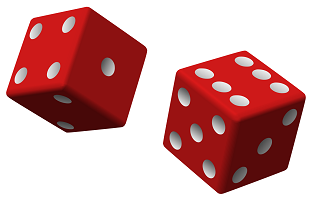 In 2010 I was asked to be a Mother’s Day speaker. My children were grown and gone with children of their own so I wrote a ten minute talk about my three rules for “Mothering, not Smothering”.

I let the talk simmer for a few days. When I read it again, I sounded like a preachy, know-it-all, goody-two-shoes contender for Mother of the Year. I had five days to rewrite.

A few days into the new draft I learned one of my sons was going through the emotional pain of a marriage break up. I put him in a positive bubble and released it, only to take the bubble back ten minutes later. I played catch and release with that bubble for days.

Although I understood the old adage the more you talk the more you lose, instead of just listening patiently while he vented, I started babbling as I searched for words to ease his pain. That’s when I did the unthinkable. I broke rule #3.

I can’t remember the exact words I blabbered only that they were insensitive. I can still see the image of those blurry words speeding uncontrollably through the air and my child’s eyes shifting from grief to anger – at me! Crap. No Mother of the Year trophy in my future!

To make matters worse, hanging over my head was that unfinished Mother’s Day talk. Raising children was the last thing I wanted to write about. In my current state of mind, I associated parenting with being PECKED TO DEATH BY CHICKENS.

I questioned whether or not I had ever been a good mother. When my kids were in high school I was a single mom. I didn’t have the benefit of Judge Judy’s wisdom: How can you tell if a teenager is lying? Their mouth is moving!

When my daughter was a preteen we went through what we now affectionately call the year from hell when she was possessed. I’d sought the advice of a counselor who said, “I hate to have to tell you this, but you’re the mother. You’re the bad guy.” I didn’t want to be the bad guy.

It was the day before Mother’s Day and I still didn’t know what to say. I needed inspiration. If anyone could pull me out of my motherhood funk, it would be the daughter who made it back from the underworld. I gave her a call.

“Yes,” she replied, a hint of questioning in her voice.

“Was I tough enough on you?

Then I heard her scream at her kids, “STOP THAT WHINING, YOU’RE DRIVING ME NUTS!”

Motherhood is a crapshoot. We do the best we can, then toss our children like dice into the world. They have their own path, with their own life lessons to learn and we have ours. We can love and support them, but it isn’t our place to tell them which path to take or how to roll.

I stood at the podium on that Mother’s Day and spoke from my heart, telling the audience what I just shared with you.

My son called that afternoon to wish me a Happy Mother’s Day. He was laughing and joking around as if nothing had happened. Really? My talk could have had a happy ending if he had just called one day sooner!

Although I’ll never be Mother of the Year (if that’s still a thing), I wasn’t a bad mother. All my children are still talking to me and isn’t that what really matters?